A Newbie To Rule 5 Blogging

Sitting in the Right View From The Left Coast headquarters on a Saturday night. Mind numbed by the endless droning on the so-called health care "reform" For some reason, tonight I am bored by all of this. Maybe it is discovering an old friend on Facebook and his blog have me in this frame of mind.

Well, I am finally succumbing and entering my first post under The Other McCain's "How To Get A Million Hits On Your Blog" under Rule number five.

With a little twist.

I have always had a thing for athletic gals. I had a huge crush on ice skating goddess Kristi Yamaguchi back in the day. Hell, she was the reason I watched "Dancing With The Stars" when she won the competition.

Does anyone remember beach volleyball hottie Gabrielle Reece? I do and I still think that she is hot.

But since the 21st Winter Olympic games have ended, I have thought about the gal athletes. There were many and from other lands than the United States.

But for this post, I present to you exhibit A 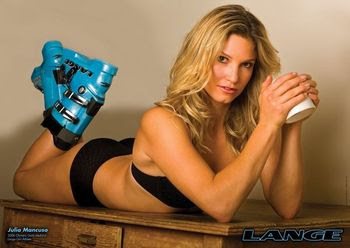 Yes, I know that everyone goes ga-ga over Lindsay Vonn. And with good reason. She is also one hottie of a skier. But, that is another post.

Now, look at the photo above. Does that not get you in a great frame of mind? Oh yea, she is wearing ski boots too!

What I like about Miss Mancuso is that she is not just a ski goddess. She likes all outdoor sports. 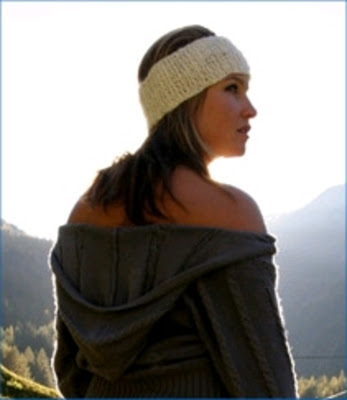 You see what I mean?!

Then when Miss Mancuso is not on the ski slopes, she is on the beach catching a wave as Julia
Mancuso, surfer girl. 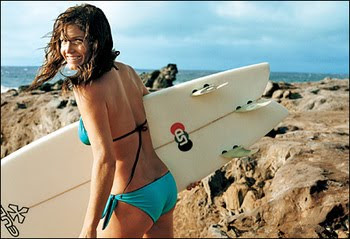 Makes me want to take up surfing!

But in all seriousness, gals like Julia Mancuso are not the norm. Most gals would not be the kind of athlete that she is. Most gals are, sad to say, like us men. They get used to being in a rut and, well you know the rest.

I do not know her politics, religion, any of that stuff. And, since I am loyal to Mrs. Right View From The Left Coast, this is simply some eye candy. Yes, dare I write, a fantasy. And that is OK.

As the saying goes, I am married, not buried.

One other thing. It makes me realize that I really, really should start taking care of myself. Not that I could have that kind of body (unless I get a sex-change operation!), but I realize I have packed on the weight. If this Rule 5 blogging is successful, maybe it is but one more incentive on that front.

Anyhow, I ask that you enjoy the hotness that is Julia Mancuso!

Not to sound adverse to the hottie, it could increase traffic, but the bounce rate might be too quick and nothing gained.

Personally, I got tired of the Costas "Ga Ga" over Vonn and Mancuso, I wanted them to ski and shut the hell up.

What was that "Tiara" and shaking her ass on the medals stand for Mancuso?

Vonn crashed and burned, so what the hell was so important during the Olympics? Because she was a blond twizzle head with giant white teeth?

The girls were practicing Capitalism at its finest but probably voted for Obama, if they could find the voting booth.

Yes, female beach volley ball, it's not about sand and surf but those tight bodies jumping around sweating. Yowza, indeed!

I love Julia Mancuso. Didn't even know much about alpine skiing before watching her during the Vancouver Olympics but I do now. What makes her great is that she is so natural and relaxed in her appearance, the way she acts, the way she skis and in her outlook on life. And she focuses and performs very well on the big stage like at the past two Olympics.

I'm Mexican which means, by definition, I don't watch the Winter Olympics. So far, so good.

That Mancuso chick is pretty hot though.