One of the great misnomers in the current debate on so-called health care "reform" is the idea that health care is a right.

I am sorry to break it to you. But, health care, the kind that many advocate of single-payer, government ran health care is not a right.

However, judging by this unscientific poll over at Facebook, there is a lot of work to educate the American people that having a government ran and controlled health care system is not a right.

I would like you to take a look at this link at the web site Real Cuba. There we see how the "right" of health care in a government ran and controlled system is totally abused. And that the very people that it claims to help to provide basic health care in fact does not do that at all.

I highlight this because in the Michael Moore movie, "Sicko", he takes a group of Americans and they are given the royal treatment. Mr. Moore is told that what the American group was provided is what all Cubans receive, courtesy of the government. 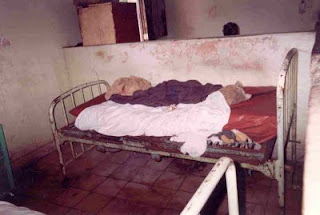 Well, take a look at some photos. 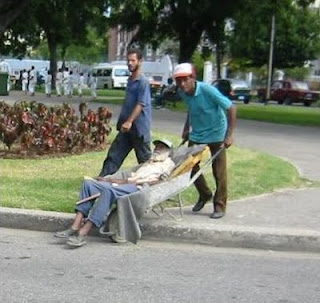 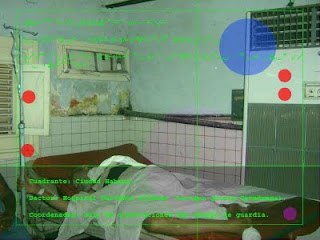 Take a look over at the right. This is what the average Cuban citizen, where the health care is free and for all, gets when they go to an emergency room. I especially like the crumbling walls right above the patients bed. It would give me the feeling of confidence that I was getting the best care that the government could provide.


Now, some will argue that I purposely take these examples to distort what a single-payer health care delivery system would look like in the United States. Of course I do not think it would be as awful as this. But, so many on the left love to tout Red Cuba as the benchmark of a nation that can provide free health care to all it's people. If this is what free health care means, I absolutely reject this so-called "right"!
And that is one of the major aspects of the whole debate going on right now in this nation.
Just because one has access to health care in some form does not deem it a right. In the perfect world, everyone would have the totally best health care coverage. And the largest house that anyone wants. And the best job that anyone wants. But, we do not live in that world.
I have been uninsured before. It is a little scary. It means that I had to take better care of myself. That I did not need to go a a doctor for every little problem. I had to actually take a self-inventory of my own health and try to the best of my ability to maintain good health. And I am glad of that because I still try to do that today. When I did not have health insurance, I was in my 20s and pretty healthy. And, I would not take insurance if someone that had real medical conditions needed it over myself.
When we make up so-called rights, we lose a little freedom. At the time, it seems good, but in the long run, it is a disaster. Look at every nation that has socialized medicine. A seemingly good idea is usually one that ends up more costly than the private health plans demonized by the likes of the Dear Leader, President Obama.
Can what is happening in Red Cuba happen here? Probably not to the same extent. The American people would not tolerate it. But, it is a possibility. One that I will continue to be against.
Posted by Righty64 at 2:31 PM

You're too late. Too many people believe anything they "want" is a right, and anything they DON'T want they have the right to be protected from.

There is simply no way to educate them otherwise, and there are simply too many politicians willing to let or encourage them to keep thinking that way because there is no other way to obtain govenmental power over the wants and desires of the governed.

"Everyone SHOULD have 'the right' to healthcare? We'll be HAPPY to oblige!"